Many Thanks to All! The 10th Anniversary of Okinawa AMICUS International 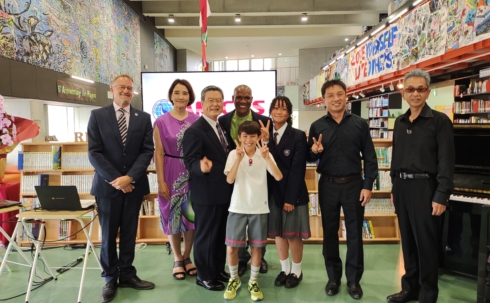 On April 23rd, 2022, The 10th Anniversary of Okinawa AMICUS International 《Grand Finale》 was streamed live to commemorate 10 years since AMICUS was founded.

Mr. Berry and Ms. Uezu, who have been with the school since its inception, and two students from grade 6 and 8, served as MCs. The event was conducted in a smooth and relaxed atmosphere with ad-libs and laughter.

After an opening speech by Principal Dakin, the students looked back on the past 10 years by watching the “AMICUS’s 10years in 10 minutes” video.

Afterwards, we connected a Zoom meeting with AMICUS graduates living in Hokkaido, Nagano, and overseas to hear how what they learned at AMICUS is being applied in their current environment, as well as advice for current AMICUS students.

For the special program, we welcomed Chiharu Tamashiro (Kiroro) and five of our students to perform “Hope Dream Future,” a song she wrote with the junior high school students of AMICUS.

In addition, two music teachers performed the school song in a special version arranged for the occasion!

Finally, Mr. Akira Yamauchi, the first principal of Amicus and chairman of the event’s organizing committee, thanked everyone for supporting AMICUS.

Many registered and watched the live stream on that day. Thank you very much.

Okinawa AMICUS International will continue to move forward, thanks to the help of your support.

※We will be sending you a condensed version of the event in late May. Also, we will be extending the streaming of the video content currently being distributed until the end of May. If you haven’t seen it yet, sign up here and enjoy! 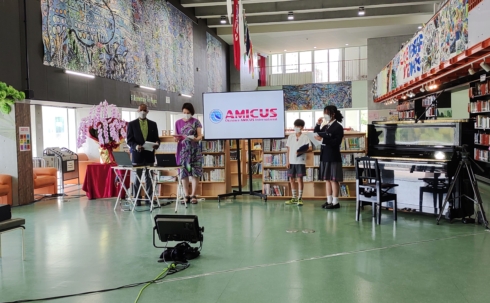 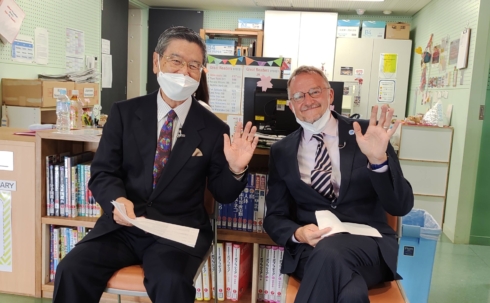 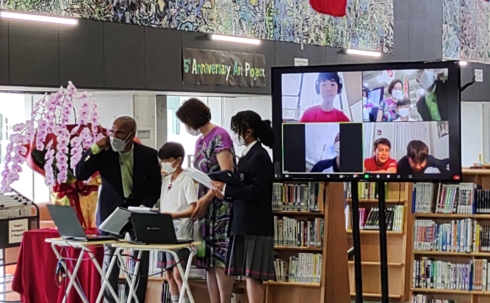 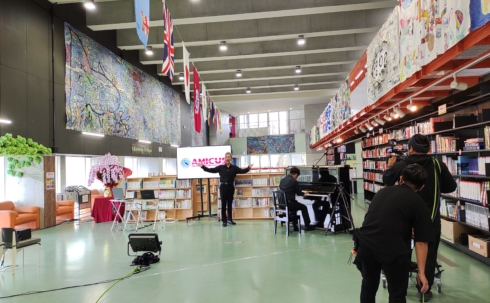