The elementary school finally had the Sports Days by each grade to prevent 3Cs.
Most of the school events had been canceled last year because of Covid-19 restrictions,
so it was the first Sports Day for the elementary students in two years!
The children’s faces shone with smile under the clear sky!
This time, we will introduce G3&G4’s Sports Day held on July 6th.
The contents of G3 Sports Day were; dance, the eye of the typhoon, and relay.
For dance, they powerfully expressed the fire that happened at Shuri Castle by using red flags and costumes, and later, the dragon showed up and rebirthed the castle.
For the eye of the typhoon, where teamwork was the most important key role, it was a heated battle between 3A and 3B!
They also showed great relay runs with every team, which were divided into four colors! 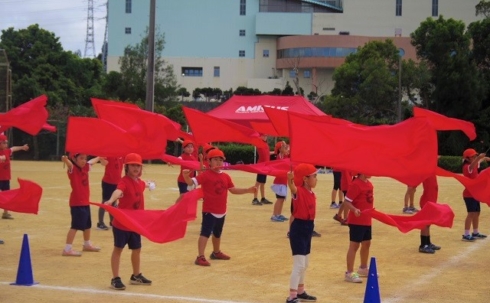 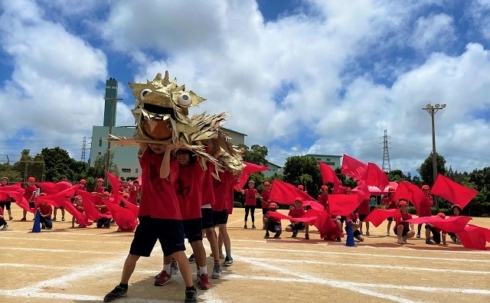 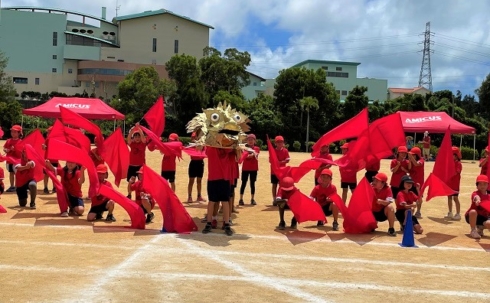 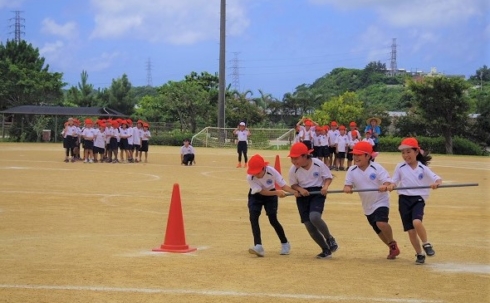 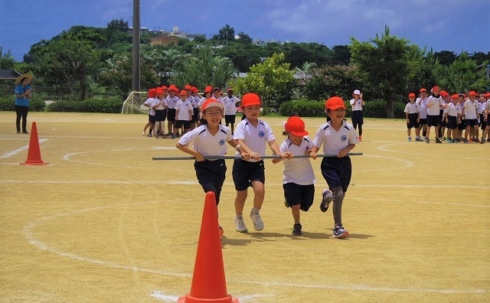 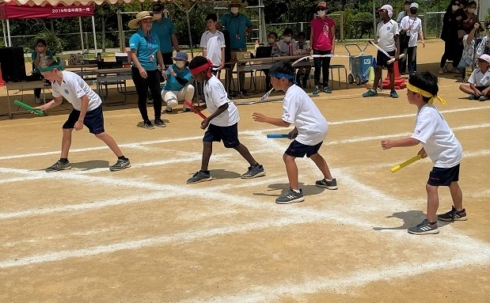 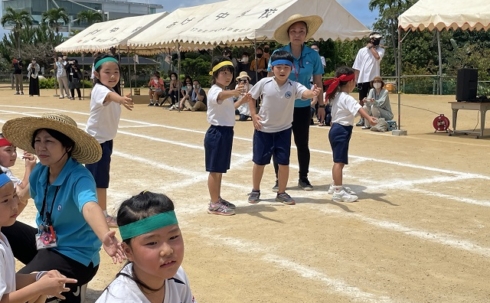 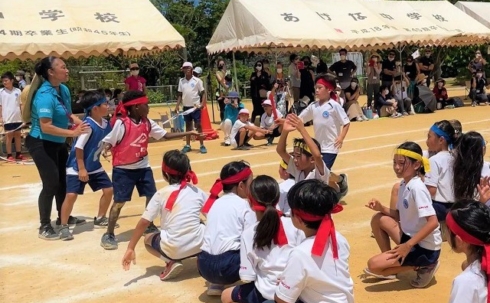 The contents of G4 Sports Day were; dance, obstacle race, and relay.
They showed a jumping rope performance and danced along with the song “Dynamite” by BTS which is now a very popular song among the children.
For the obstacle race, they had a race using balls, jump ropes, and hoops.
Despite it was a very hot and sunny day, they even ran the relay twice! 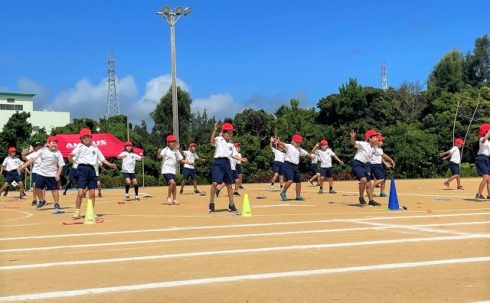 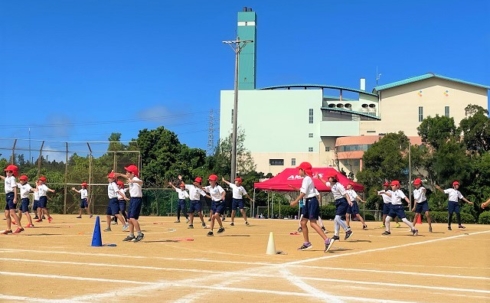 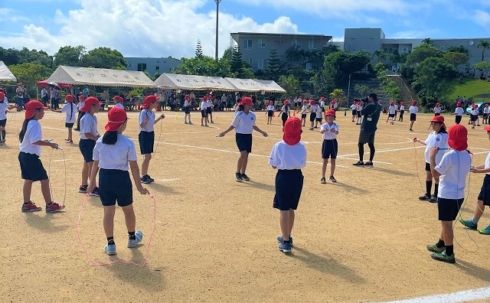 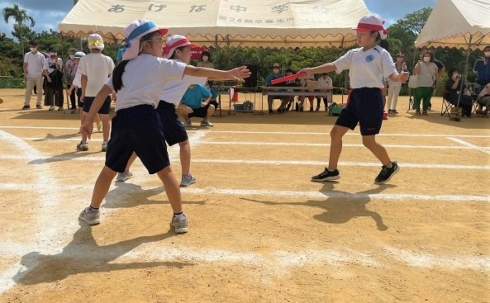 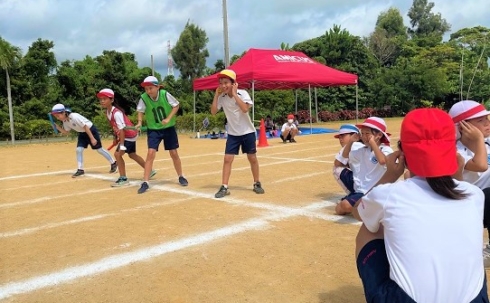 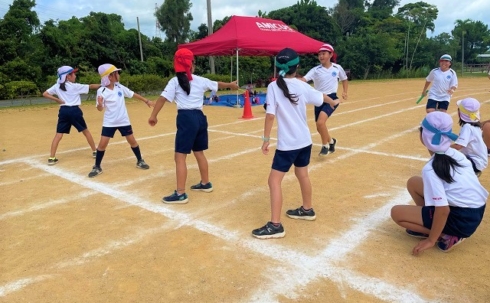 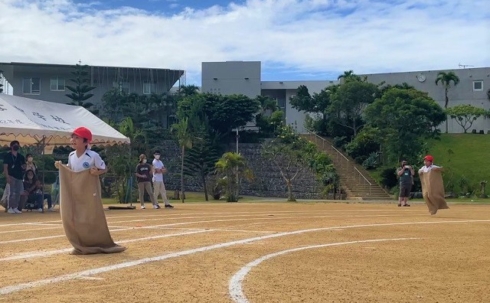 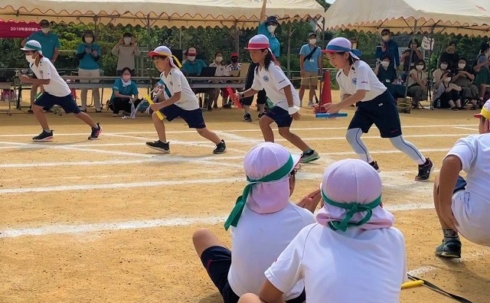 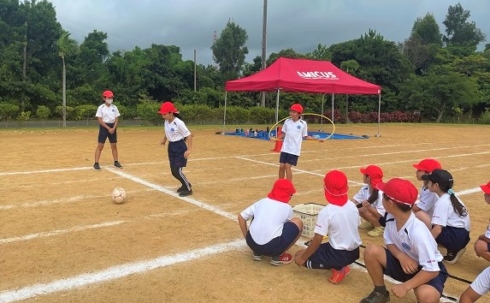